Don’t forget to buy some beer! There are some good deals on Amazon’s Black Friday. 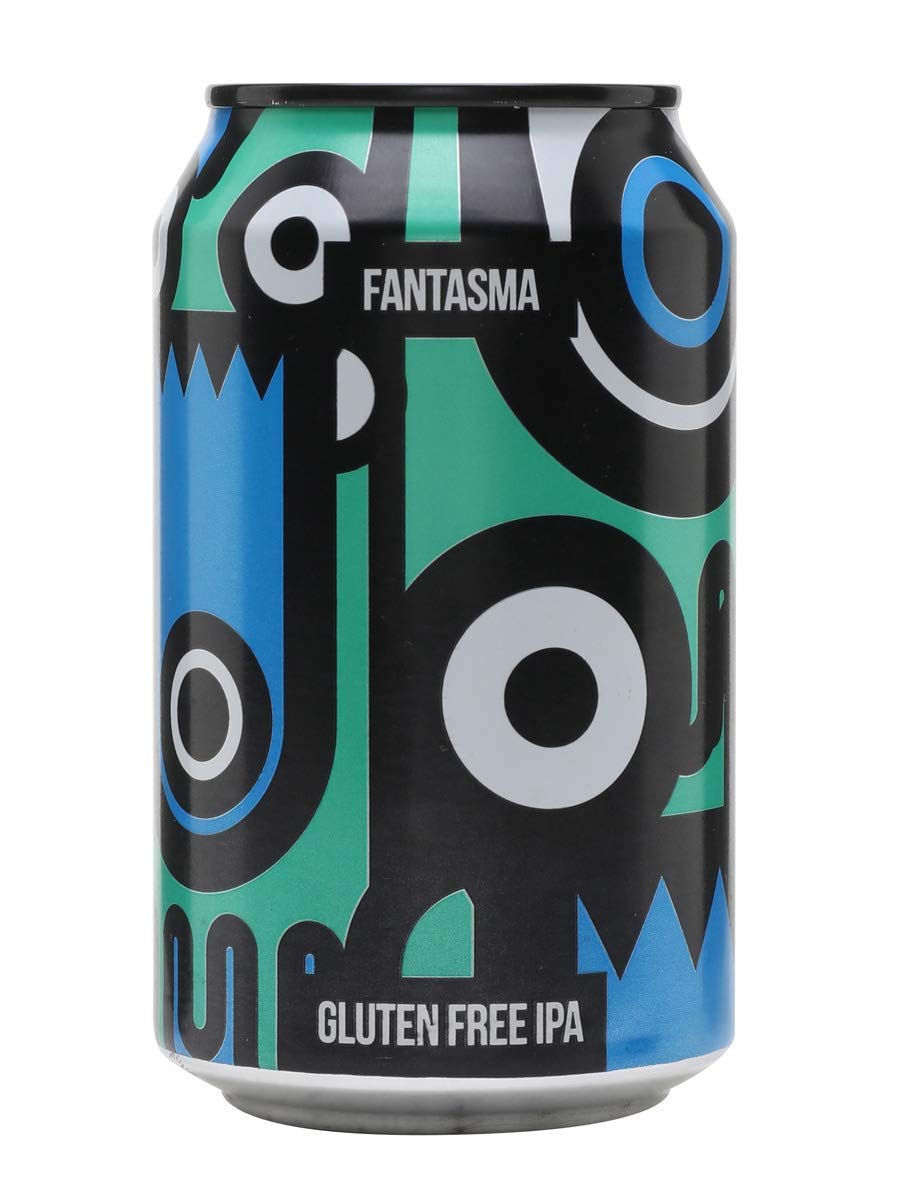 It’s been a while since I review a beer. I’ve been on an elimination diet and only just now started having the odd beer.

And what better than a nice fruity IPA like the Fanstama by Magic Rock HQ. Brewed not far from where I live this Huddersfield beer has a very nice flavour with lemon overtones. It’s certified gluten free though it contains wheat which could be concern. It’s also vegan.

I drank it the Head of Steam in Leeds but it can also be found online at Amazon.

…or not but I’d give it a go! I know this is all about beers but what is a good beer without some tapas next to it? And how can you make proper tapas without bread? Whilst you puzzle it out, get baking!

I tried many gluten free bread recipes I found online and not many worked for me. I tried adapting some of them and had better results but none of them were good enough for me. I created even a harder challenge for myself when my new dietary requirements would not allow me using some of the most common gf flours such as rice flour and buckwheat flour.

There aren’t many alternatives to use and I finally settled for Millet flour and Sorghum flour. Many trial and errors later I finally cracked it.

Millet and Sorghum bread
Easy to bake gluten free bread which can be made into burger buns. You can also make with and without eggs. Flavour is different but they are both equally satisfying. To make it vegan replace the three eggs by 3 tbsp of flaxseed flour and 7.5 tbsp of water.
Ingredients
Servings: loaf
Instructions
Recipe Notes

I used the following brands:

I went a few days ago for lunch to one of my favourite restaurants in Leeds, Lupe. It’s a very good Mexican I recommend. It has lots of gluten free dishes and recently they added the Ocho Reales beer which is also gluten free! It is a brown ale like beer with a creamy white foam. I found it to be a bit toasted with caramel hints. I really enjoyed it and will have it again on my next visit.

If you cannot make it to Lupe, try Amazon.

It has been a while since I review a beer here.  I had to change diet further due to health issues and my current diet is less tolerant of beers. But today I had to have a beer I found on a polish supermarket whilst on holiday.

Chmielakia is a polish IPA. For what I found this is the only polish made IPA. The beer was created in cooperation with the Association of Celiac disease sufferers from Bydgoszcz. I haven’t had an IPA for a while and I really enjoyed it. It full bodied, well carbonated and with quiet evident citrus taste and aroma.

You can find it in large polish carrefour. I haven’t been able to find it online.

A few days ago I talked about Bohemian Pilsner by the same brewery. The former was silver medal whilst this new one, Lawless Village IPA, is gold medal. A a well deserved one! I found this beer deliciously refreshing. I’ll go as far as saying it went up to the top of my favourites or very close to.

My other half also agrees and she enjoy this one with dinner. It’s available from your local Morrisons and from Amazon.

It’s been a while since a review a beer. It’s just they getting harder to find. Luckily Morrisons supermarkets (which is showing to be among the best for GF stuff) has this new beer for sale.
I opened it tonight to drink with a nice chicken korma I just prepared. It’s a tasty beer and quite refreshing. It’s light with some lemon hints. It doesn’t have a lot of body and it’s quite carbonated. I liked it but at the same time it was the wrong choice for a curry.
It has won the silver World Beer Awards and if you’d like to try it wander to you local Morrisons or try Amazon.

First Chop beers are now a regular occurrence on this site for two main reasons: first I keep finding them in the pubs I frequent the most and they are pretty good. There may be one or two you don’t like as much but with the variety there is there probably is something for everyone.

Their web site says it all about this nice beer:

A big hoppy US style IPA, pale amber in colour with orange and spicy hop notes, blessed with an extra orange citrus burst from a ‘dry hopping’ with orange oils.

I thought it was pretty good but not excellent. 5.4% ABV is a bit too much and it could have a stronger flavour but good enough for a second attempt when I see it again.

I find rather funny that the Skinny beer is being advertised not because the taste of because it’s GF but because it’s low in calories. I guess that they will know better but what interests me is that I can drink it.

What does it taste like? Funny enough the look and taste is very close to a Corona which it was discussed in these pages as being a GF beer though not marketed as such (I can have it without ill effects but do your own research). Corona is not among my favourite beers though on a warm summer day it can be delicious and refreshing. If you like beers like Corona and if you care about your waistline Skinny may be a good option for you. I’ve never seen it on sale on a pub and I bought from Tesco but it can also be found online at Amazon.

It’s  lunch time and what best than pizza and beer!! Oh, wait: pizza has gluten. Quelle horreur! Gluten free products are more readily available than ever and I even know a couple of places in town with decent gf pizza but unfortunately Belgrave Music Hall is not one of them.

But at least they do have decent beer. First chop is entering the ranking of my favourite gf beer brand. They different beers are all pretty good and they cover an ample range of flavours. First Chop Jam is a pale ale with a nice orange colour and fruity taste. It’s pretty sweet and pours very well. Like all the First Chop I’ve seen so far it comes on a can so please remember to ask for a glass! They can taste can easily ruin the beer.

As I said I had this one from Belgrave but it is also available online from Amazon and other retailers.